How do teleprompters work?

Teleprompting systems are based around beam-splitting glass. The beam-splitter is covered with a fine chemical coating that makes it more reflective than ordinary glass. This glass reflects the image of a flat screen monitor positioned below the glass.

Do we need the script in advance?

The script can be e-mailed to us in advance of your shoot or event, or you can supply the script on-site.

What format should the script be in?

Word files or Rich Text files are ideal. It doesn’t matter what font size or line-spacing you use. The teleprompting program creates its own file format from your file. However, you will save time at the job site if your script file does not include extraneous material such as stage directions and shot cues. The teleprompter file should contain only those words to be read by the talent from the prompter and necessary headers for section breaks.

Can the script be changed on the set?

How much do the teleprompters weigh?

How much light will the teleprompter glass block?

Can you use teleprompters outdoors?

Yes. However, we should be notified in advance, as there are power and visibility considerations. We can provide high-brightness outdoor displays and DC power systems if needed

How much time do you need to set up?

We suggest allowing one hour for video tapings, two hours for live broadcasts, and two-and-one-half hours for podium set-up.

What is a “presidential” prompter?

“Presidential prompter” is a customary designation for the teleprompter set-up most commonly used by United States presidents, other political leaders and untold corporate and association executives when delivering speeches. The set-up consists of two glass beamsplitters supported by poles, one on either side of the podium. These beamsplitters reflect the images from two flat-screen monitors positioned below them on the floor of the stage. We also refer to this step-up as “podium” prompters.

What is an “Interatron,” and do you carry them?

From how far away can talent comfortably read your video teleprompters?

Up to about twenty feet, depending on the talent’s eyesight.

What controls the speed?

The speed of the scrolling text is controlled by a device known as the hand controller, a small box with buttons and a round knob which is attached to the laptop that hosts the prompting program. Turning the knob moves the words forward; the further the knob is turned, the faster the text scrolls. Our tech listens carefully to talent, constantly adjusting the speed of the scroll to stay perfectly in sync with their delivery. Talent can slow down, pause, or even stop; our tech will accommodate these changes, keeping the next unread line of text always in the center of the screen, waiting for the talent to resume.

Is it hard for those without prior experience to read from a teleprompter?

We have found some people take to reading from the prompter more readily than others, but virtually everyone can deliver a decent read with a little practice/ coaching.

How big is the font?

The font size on the teleprompter display can be adjusted as needed. In general, on a typical video shoot, with the camera between six and ten feet from talent, the letters on the prompter will be about two inches high. 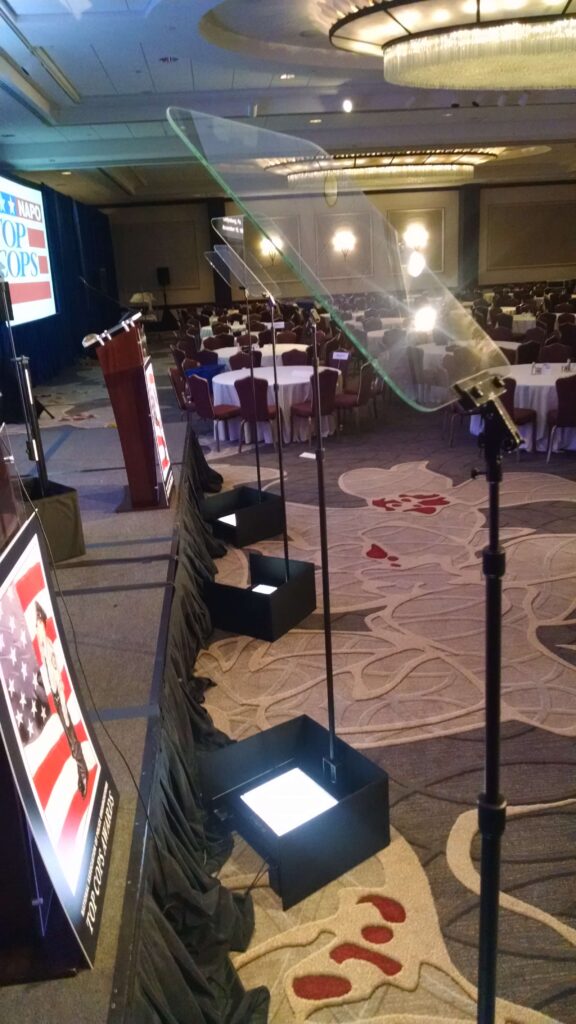 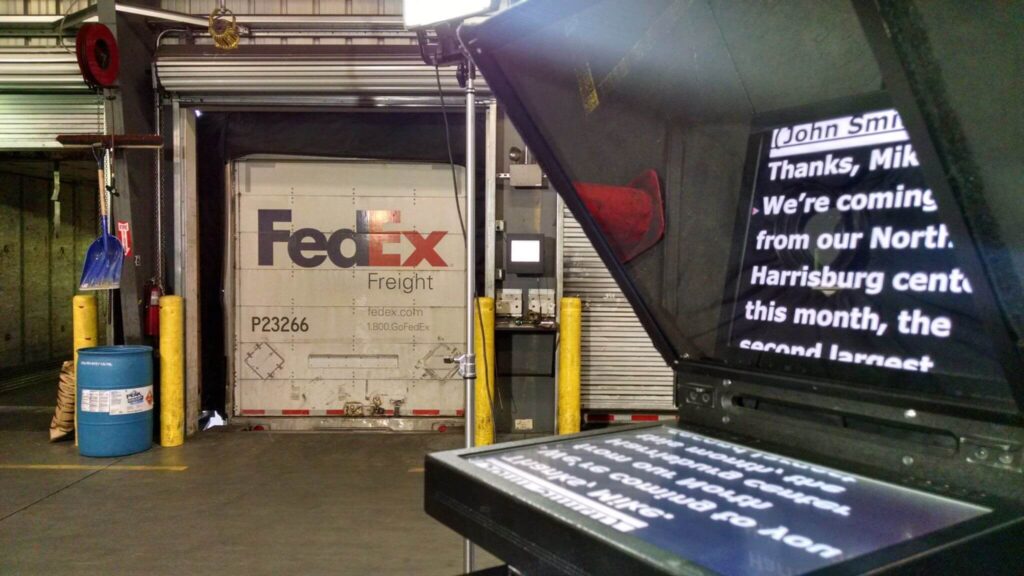 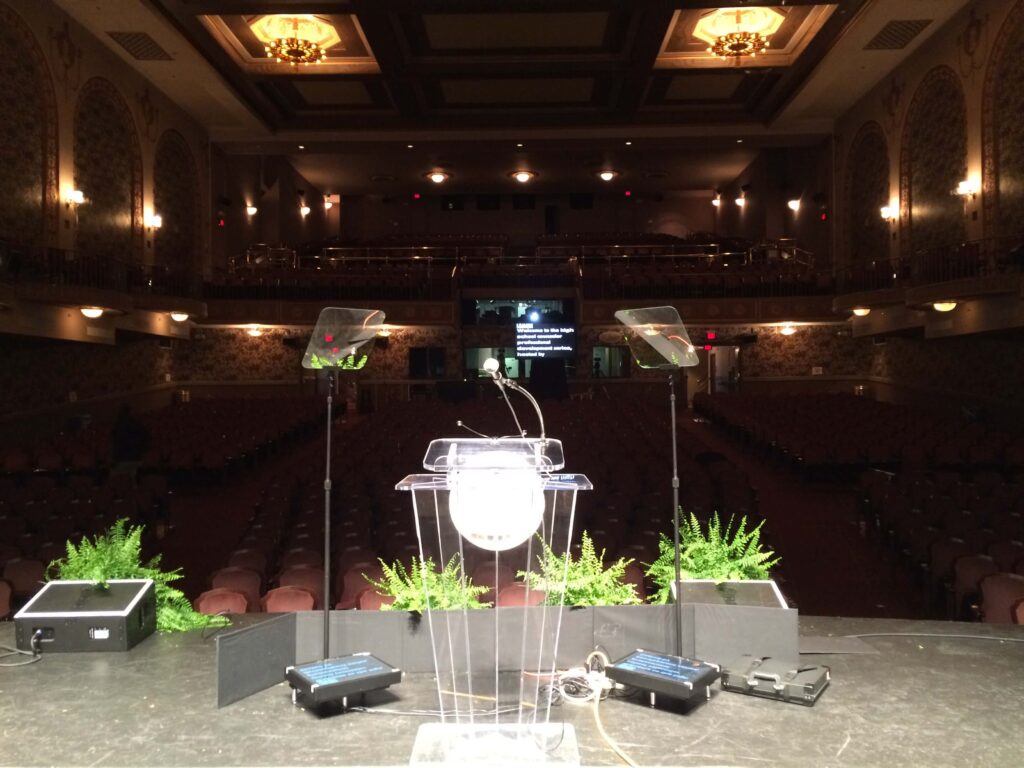 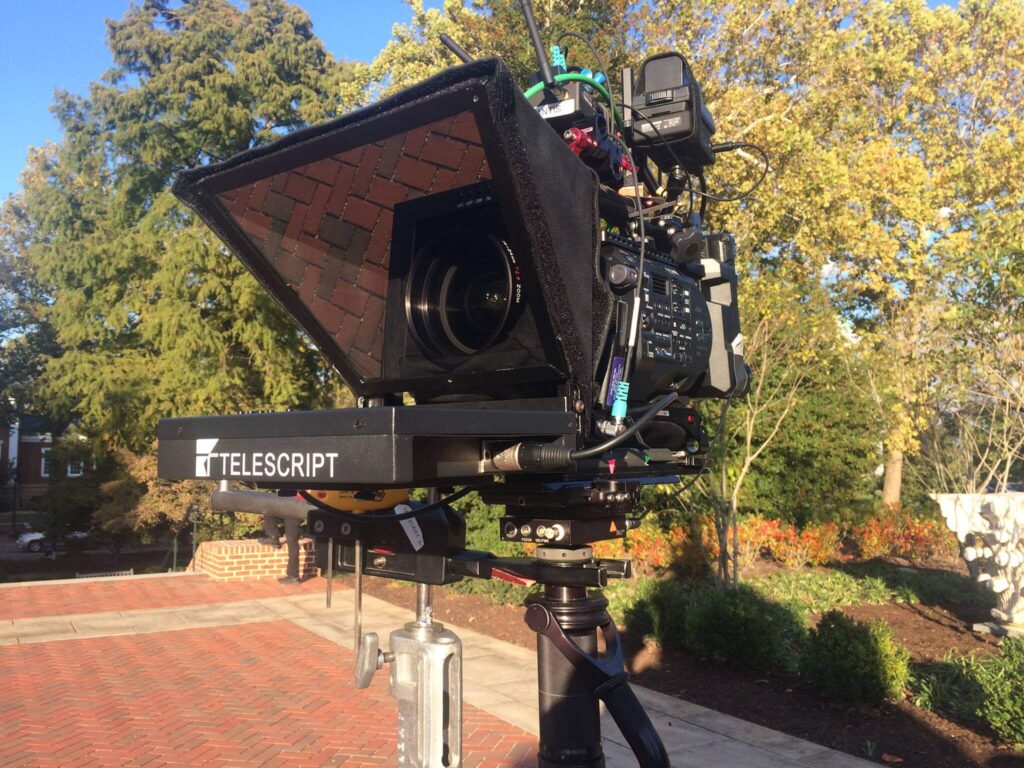 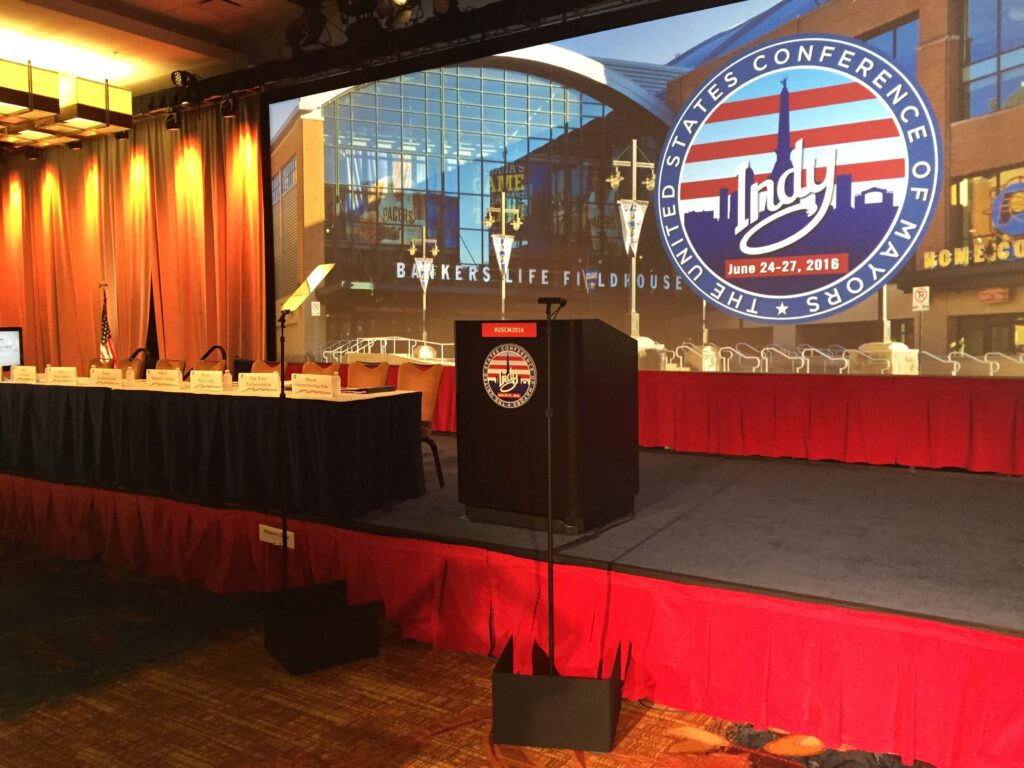